German guitarist Hans Platz started playing in bands at the age of 16 and called the stage his second home since then. He has many years of studio and live experience with several bands and for some years now, he plays in the band Feuerschwanz, with whom he was already able to celebrate several top ten entries in the official german album charts and regularly plays in sold out venues. The band mixes rock and metal with german lyrics and traditional german medieval instruments like bagpipe, violin and flutes. Their latest album Memento Mori was released on Dec 30th 2021 and landed at Number #1 on the official German album charts!

He had lessons, among others, at the Berklee College of Music in Boston and learned at seminars from musicians like the gypsy jazz guitarist Joscho Stephan, Peter Wölpl or the swedish guitar wizard Mattias IA Eklundh, who also contributed a guest solo on Hans solo album to the song Deadman.

For the debut album of german act dArtagnan he has recorded all electric and a lot of the acoustic guitars in his own recording studio, where he has a wide a wide range of guitars, amps and effects at his disposal. He toured with the band and received a german gold award for more than 100.000 sold album copies. 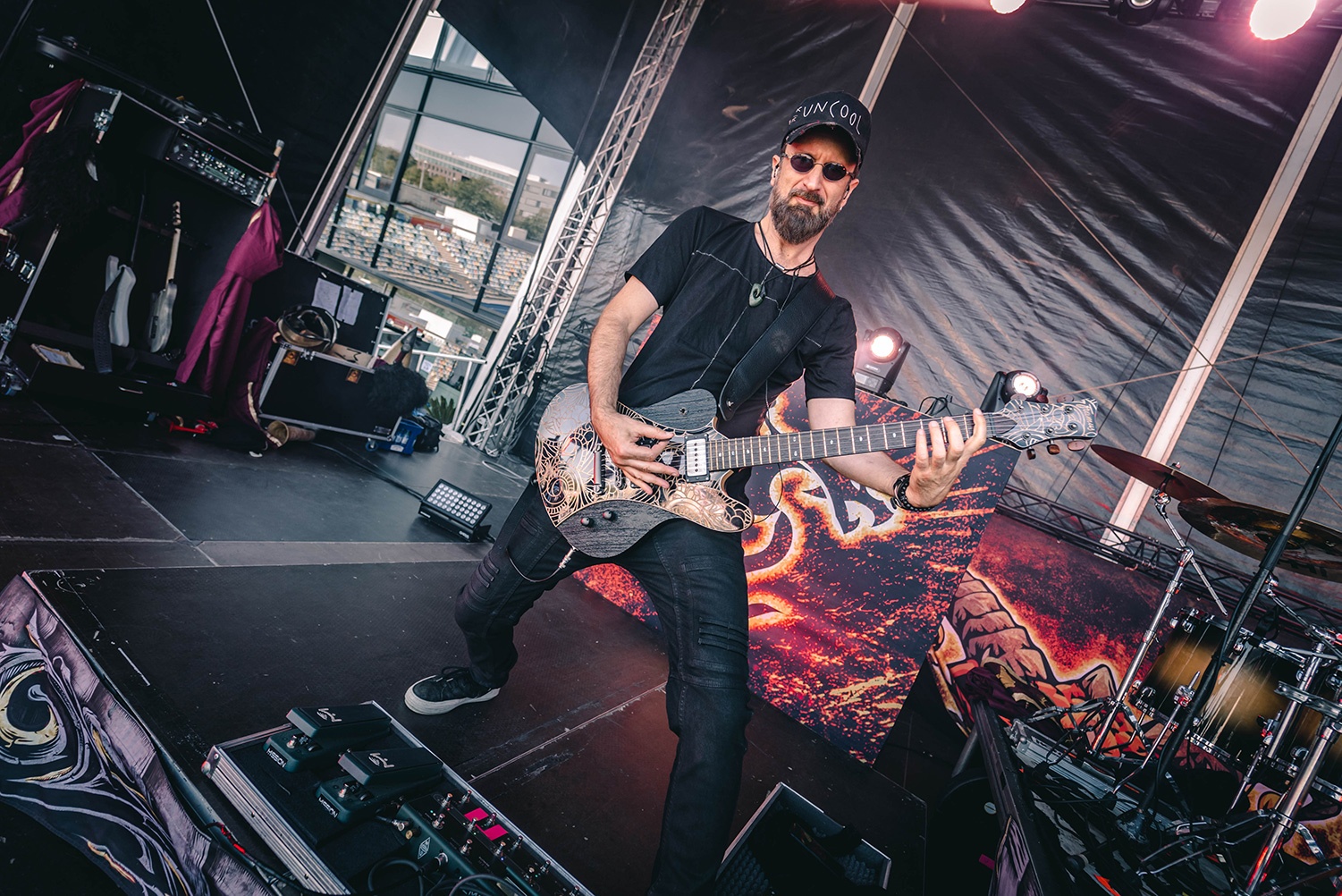 For his solo album Timestamps Hans assembled world-class musicians like Marco Minnemann (Steven Wilson, Joe Satriani, Aristocrats), Fabio Trentini, Wolfgang Haffner (Passport, Metro), TM Stevens (James Brown, Joe Cocker, Steve Vai, Billy Joel) or Pete Griffin (Zappa plays Zappa, Paul Gilbert) and conjures from close to scratch a virtuoso instrumental album, that does not need to fear international comparison and was praised by the music press. Intelligent twisted compositions like Timestamps, Pull It Out or Spanish Race On A Devil’s Highway tie a rhythmic knot in the brain, which is only dissolved after repeated listening, while songs like Deadman or Birdrange go straight off.

In 2019 he created a couple of cover versions with music from the Game Of Thrones Soundtrack – Rock featuring violin and harp, bass being played by Stu Hamm (who played bass on Steve Vais iconic album Passion & Warfare).

In 2021 a new Band was born – together with Ad Infinitum singer and multi talent Melissa Bonny, harpist Jenny Diehl and Amaranthe drummer Morten Løwe Sørensen, THE DARK SIDE OF THE MOON was formed! After hearing the first song, Napalm Records immediately signed the band to accompany the band from day one on their mission to transform musical themes of cinematography, TV shows and video games into powerful modern metal tracks! The album will also contain some original songs and wonderful guests like Rusanda Panfili (solo violinist of Hans Zimmer), Fabienne Erni (Eluveitie), Charlotte Wessels and Tom Englund (Evergrey). The album ‘METAMORPHOSIS’ will be released on May 12th, 2023! 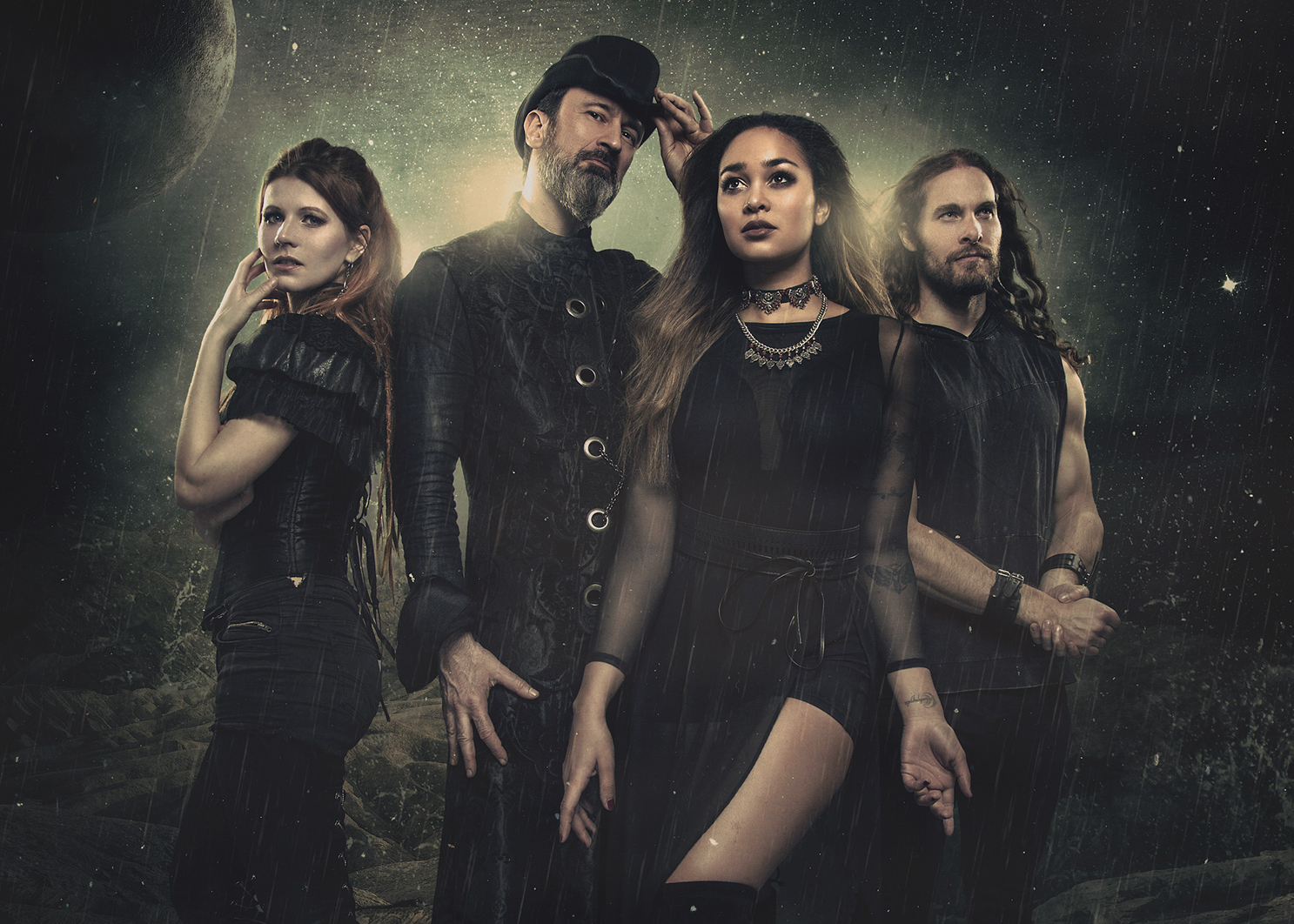 Sunset over Miami! First day of @70000tons of Meta

Getting ready for the @70000tons of metal! Tomorro

Happy Birthday Melissa! A special day, but just on

Look what we had in the mail today! This is a samp

Let the music do the talking. Have a great Sunday!

Oh no, so sad. A legend. Thanks for all the great

Happy New Year to everyone! This year will be full

Our Countdown into 2023! We have prepared a lyric

Merry Christmas and happy holidays everyone! Do wh

On Thursday, 22nd at 8PM CET I will join @melissab

How did you enjoy the violin guitar solo battle in

Wow, what a show last weekend! Outdoors, below zer